The New and Old Peh

If you look at old Ashkenazi Torah Scrolls, Tefillin and Mezuzot, you will always note a very distinctive Peh. This old Peh has a "hunchback" and almost looks like something is wrong with it.

This Peh is referred to as the "Peh Shavur", or "Broken Peh". You can see the Peh Shavur in this old Yeriah I own: 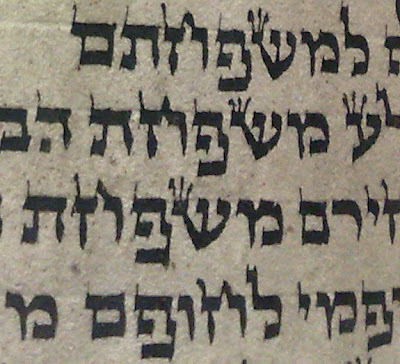 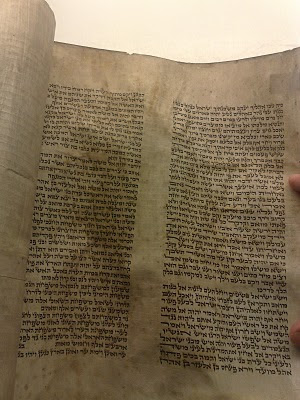 What happened? Why and how the Peh suddenly "changed"?

Let's use reverse chronological order, that is, first understand the modern Peh. The source to the modern Peh is the Mishna Berura, who clearly rules that you should avoid using the broken Peh:

The Mishna Berura quotes the Sefer Ketiva Tama as the source of this ruling, claiming that the broken Peh is a mistake that should be avoided. When the Mishna Berura was first printed in the late 19th century, this ruling created a big controversy and debates in communities that had a long-standing tradition of using the broken Peh, and many Sofrim continued to write it in their old way for many years.

Then it came the First and Second World Wars, and many of the old scribal traditions were forgotten - including the old Peh. Following the wars, the rulings of the Mishna Berura became even more influential in communities around the world and the next generation of Sofrim relied heavily in the Mishna Berura's take on the Hebrew letters, effectively ignoring the controversies surrounding this ruling. That's how the modern Peh became the standard Peh in all subsequent holy scrolls.

But if you look at pre-war Torahs and Tefillins, you will often find the old Peh, specially in scrolls of eastern Europe and Russia.

For almost all readers, this is just a history lesson. But for the Chabad readers, this post is a eye-opener. The Alter Rebbe, author of the Tania, clearly writes that the broken Peh is a must and all Chabad sofrim have kept this tradition even after the wars. Thus, the Chabad communities have their own version of the Ktav Ashurit, which is different than the Ashkenazi, Chassidic and Sephardic scripts. This is known as the ktav Chabad, and the broken Peh is one of its signature characteristics. See the full Aleph Bet Chabad below:

You can also see the special Kuf, Mem Sofit and Tet prsent in this Ktav.

The Ktav Chabad is exactly the same Ktav used by the communities of Eastern Europe and Russia before the war. So the Ktav Chabad has survived the war to become one of the last standing old-European scripts in use, remarkably. Now you understand the tradition among the Chabad Chassidim that their Ktav is the most accurate and that when Moshiach comes it will become the standard script for all Jews. Perhaps it will. 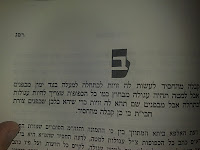 UPDATE: In reponse to the questions raised in the comments thread, I did some further research and here's what I came up with. My source is Sofer Lipshitz, one of the most knowledgeble Sofrim I know, who happens to be Chabad. The real Old Peh, which is the modern-day Chabad Peh, ideally should have a smooth hunchback and not a real step - see this picture (note that the Chabad Aleph Bet picture above is not very precise):

However, there are many different versions of this hunchback Peh and some of them are a bit less precise then others. The Peh of my manuscript is one of these less precise Pehs - it's more than a slight hunchback and it really looks "Shavur", and perhaps this imprecise version of the Peh prompted the Ktiva Tama to protest against what he considered to be a "broken Peh/ Peh Shavur" and the Mishna Berura agreed with his claim. But as Zalman and Jskarf mentioned, it's very likely that the Mishna Berura didn't have any complaints against the precise version of the original Peh, which is roundish in the outside. Still, the "new and improved" Peh became extremely popular and it now our generation's standard Peh. In regards to the Chabad Sefer Torah of my Shul, it turns out to be that it is also an imprecise old Peh - not a slight hunchback but a very clear broken Peh. This is a small imprecision of the author of this Torah; the Chabad Peh should be roundsish in the outside. Yudi sent me the Peh of his shul's 120 years-old Sefer Torah and it seems to me that this is a perfect old Peh; not broken and round in the outside (click to enlarge): 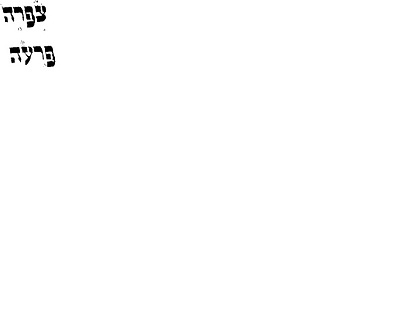 The pei in the alphabet you show isn't a broken pei. The mishna berura would be fine with a pei as shown. It's made with a penstroke that doesn't really make a drastic change of direction. Contrast that with the image above, in which the back of the pei turns almost 90 degrees. That's the problematic "broken" pei.

That Peh in the Alphabet image is imprecise, I think. I've seen Chabad scrolls and they do have the 90 degrees turn. I couldn't find any other Alphabet picture so I used this one, but another imprecision is the Bet - slightly different than the actual Chabad Bet I've seen.

There is a lot to say about this issue, but just to be brief, I would echo what jskarf already said, that the Pei which you have in the picture the MB would not have any problem with. It is not at all Shavur Mibachutz and it is round. On the contrary, the reason why sofrim would write the pei with the hunchback is because to write the pei according to the AR Ksav (which BTW is not the ksav which is found in the Shulchan Aruch Harav, but rather a different Ksav that was passed down from the AR's Sofer-Reb Reuven MaYanovich) you have to angle the kulmos and pull it down, which could take considerable skill, and they therefore wrote a Pei Shavur.
It should be noted that when writing the style pei which is comman these days, in order to fill in the inner part of the pei, you have to use the point of the kulmos, which is closer to drawing than to writing. It is highly doubtful that the current pei is the one that the MB had in mind.
Here are a few links:http://www.torahscrolls.net/product_info.php/cPath/1_7/products_id/226?osCsid=d4788686a46506b988330d4ff08cc148
On the top line you can see a pei, which is clearly not an Ois Shavur.
http://www.askmoses.com/en/torah_view_scribe.html
This is a video of a Sofer writing "Ksav Chabad" and and the beginning of line 5 there is a Pei.

interesting you say this, because we use a sefer torah thats approx 120 years old from russia thats has the "new" peh...

If you and jskarf both say that the Ktav Chabad is indeed not shavur I will have to double check my claim.

In my shul there's an old Chabad Torah and the Peh IS shavur, and not like this picture. I will see if I can take a picture so we can discuss further.

It's interesting what you said about the Shulchan Aruch Harav. My source says that this Ktav is brought down in one of the later Tshuvot of the Alter rebbe but i don't know the specifics. I will ask him.

That's very interesting. Having in mind that the MB's first print was in late 18th century, 120 years seem to be just in the edge and perhaps this Sefer Torah is from a community that adopted the MB's ruling early in the game.

But how do you know that this Torah is exactly 120 years old ?

it was dated by machon ott to be 120 years old, iirc. (they even found the name of the sofer).

i looked at the torah again this morning, and it looks like it has some sort of compromise :). ill try and send you a picture in a couple days...

That's really cool - how can they know the name of the sofer?

If you email me the pic I will post it so we can discuss.

I'm still doing my homework about the real Chabad Peh but I should get an answer today.

i was disappointed when i started reading because i thought the post was about peh lefufa. but of course the post was fascinating nonetheless.

"they even found the name of the sofer"

how?
what is machon ot?

I got to know about Machon Ot through you! See my repost here: http://lavlor.blogspot.com/2009/06/jewish-week-article.html

About the Peh Lefufa, I need more resources before writing a decent post.

And to the other guys:
I'm still running after a Chabad sofer that lives in Antwerp - he is one of the most knowledgeable Sofrim but he is very busy. But I will get the answer soon.

btw, i post recently a picture of a megillah with what i assume are hunchbacked pehs.

I finally got through the Chabad Sofer and I updated the post with more info and pictures.

You guys were right!

what about pehs in my megillah?

I just checked your Torah's pics and it's an old Peh indeed, and if you compare it to my manuscript yours is more slight and therefore more precise. May I post it so the others can see it too?

yes
but are you referring to the sefer torah or to the megillah?

Hey YK, have you read this post buy the Vaad? http://theworldofstam.blogspot.com/2012/01/blog-post_30.html , It talks about how the Kesiva Tamah got into the Mishna Berura and how it effected the that we use. Also how what the Kesiva Tamah says is in [square parenthesis] its pretty interesting. Fascinating how safrus is changing.

Another thing, there is this blog Lion of Zion, how can I get access to it? its only for invited readers. If it is about Safrus I would appreciate your help to join.

I didn't know about that article but I will read it when I have time.

About Lion of Zion, he's a fellow blogger who deals with Judaica and has very interesting posts about Judaica in general.

If you email me, I will put you in touch with him. But his blog is not centered in Safrus and I don't have access to it.