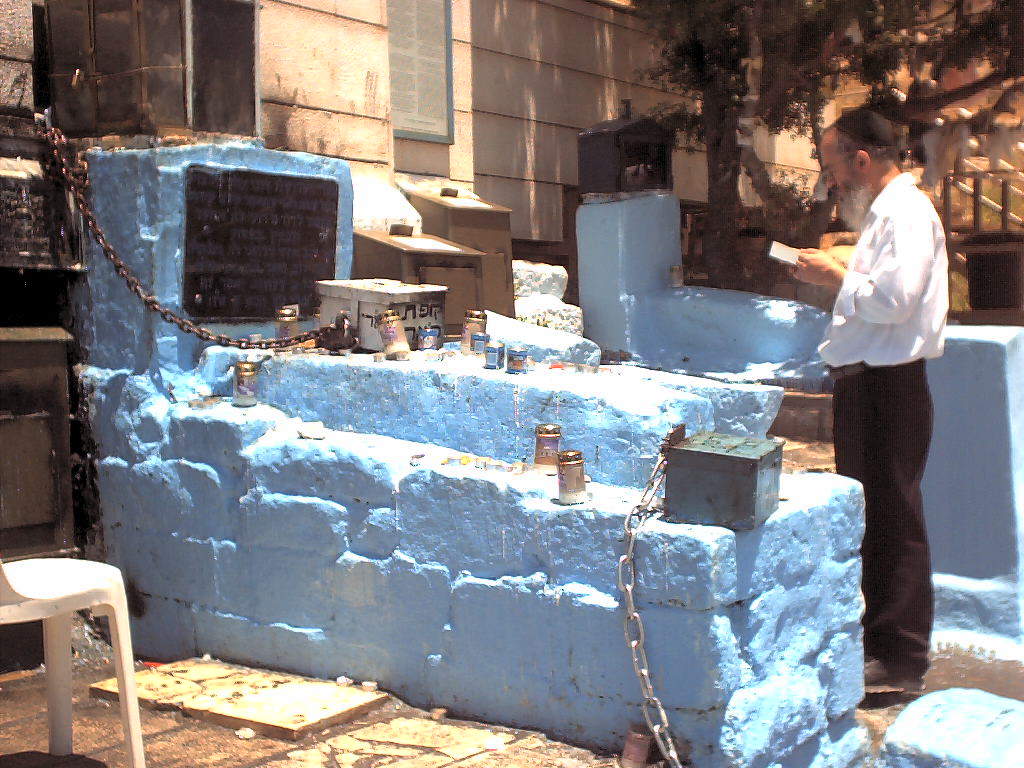 Check my previous post on the different Ashurit scripts before reading this one.

The Ktav Ari is one of Safrut's most fascinating topics for me. Actually, the Arizal in general always fascinated me, as few other individuals have impacted Judaism as much as he did.

First, it's important to understand who he was. Here is Wikipedia's take on him:


He was born in Jerusalem[1] in 1534 to an Ashkenazi father, Solomon, and a Sephardic mother;[6] died at Safed, Ottoman Empire controlled land of Israel July 25, 1572 (5 Av 5332). While still a child he lost his father, and was brought up by his rich uncle Mordechai Frances, on his mother's side, atax-farmer out of Cairo, Egypt.
At the age of fifteen he married his cousin and, being amply provided for financially, was able to continue his studies. Though he initially may have pursued a career in business, he soon turned to asceticism and mysticism. About the age of twenty-two years old he became engrossed in the study of the Zohar, a major work of the Kabbalah that had recently been printed for the first time, and adopted the life of a recluse. He retreated to the banks of the Nile, and for seven years secluded himself in an
isolated cottage, giving himself up entirely to meditation. He visited his family only on the Shabbat, speaking very seldom, and always in Hebrew.

The Ari passed away at the early age of 38 but his teachings changed Judaism in an unprecedented manner.

Until his time, there were two scripts - Veillish and Beit Yosef. In fact, the Beit Yosef lived in the same town as the Ari and was that generation's main posek.

The Ari introduced a new script that wasn't entirely "new". He made a mix of the Veillish and Beit Yosef, a new Ktav that incorporated characteristics of both scripts. Namely, he incorporated the "inverted Tzadi" from Veillish but also the Ashkenazi Peh. He did introduce some very subtle novel details based on his Kabbalistic teachings, but all in all, the major change was the inverted Tzadi. And he was heavily criticized for that "change".

Perhaps he was inspired by his hibrid Ashkenazi/Sephardic upbringing to make this new "intermediary" ktav. The Ari believed his generation needed some specific "Tikkunim" and he adapted the way we write our holy scrolls to achieve these mysterious Tikkunim. For instance, the white Bet inside the Peh, the Chaf within the Shin and the Chet comprised of a Vav and a Nun. But above all, he instructed scribes to write the Shem Hashem in a very unique and difficult way - in parts - based on the Zohar. All these are very subtle details that are inspired by his Kabbalistic teachings and he sought to perpetuate them in his Ktav - the Ktav Ari.

The Ari's changes were recorded by his student Rabbi Chaim Vital and it was clearly intended to be used only when writing Tefillin. But why only in Tefillin? That's subject to debate, but the most compelling reason I've heard is that changes motivated by Kabbalistic reasons shouldn't be evident when a person reads a scroll. It's ok to make a change that is subtle and hidden but to do it in a Torah Scroll, for instance, would be too evident and undesirable. The parshiot of Tefillin, in the other hand, are always hidden and if a scribe makes special details in it nobody will actually realize. That's why the Ari was very specific about using his Kabbalah-inspired Ktav only in Tefillin.

You are surely thinking "what about Mezuza?", after all the Mezuza is also hidden. I haven't heard a very good answer but I have my own speculation. Even though the Mezuza is hidden, the word Sha-dai is always visible (it should be, at least in theory) and you would be able to notice that the Ari Shin is different than the usual one.

Be it as it may, the Chassidic scribes always wrote Tefillins with the Ktav Ari - that custom was universally accepted by them. I don't know if that was the case with Sephardic Jews. I do know that the non-Chassidic Ashkenazi Jews never adopted the Ktav Ari in the scrolls.

It's hard to pin point an exact date, but slowly the Chassidic scribes started to use the Ktav Ari in Mezuzot and even Sifrei Torah, and today virtually all Chassidic sects have Ktav Ari Sifrei Torah in the Synagogues. It's hard to understand what's their justification as the Ari clearly did not intend to change the way Mezuzot and Torahs are written. In fact, I would bet that the Ari's own Sefer Torah was written in either Veillish or Ktav Ashurit; not Ktav Ari.

One Chassidic Rabbi was very critical of this practice - the holy Divrei Yatziv of Zanz (make sure you read about his remarkable life story on wikipedia). He had a special Kisharon for Halachot pertaining to Safrut (for instance, he figured out a revolutionary way to make the Batim of the Tefillin - but that's a topic for another post) and was very much against the use of Ktav Ari in Sifrei Torah, even for writing the Shem Hashem.

But Minhag Israel Torah and there's Halachic backing for writing Torahs with the Ktav Ari. The Mishnat Avraham (source) says that there's no problem to write Torah Scrolls with the Ktav Ari and bless the scribes who do it - "Tavo Alav Bracha". And he brings an Halachic justification for it: the Sefer Torah should be written in the same way Tefillin are, because if you write Tefillin with Ktav Ari and Torahs with Ktav Beit Yosef this will cause a Tartei DeSatrei (contradiction) when a person gets an Aliyah. Tartei DeSatrei is a well-established Halacha argument and perhaps this is why Chassidic Sofrim started to write all holy scrolls in Ktav Ari - even Megillat Esther.

The question is what should I do when I start writing my Torah (yes, I plan to start it very soon). Ktav Ari or Beit Yosef?

My teacher writes Sifrei Torah in Ktav Ari and when he is commissioned to write a Torah in Ktav Beit Yosef he writes the Shem Hashem according to the Ari but makes sure this is not evident (he is afraid the commisioners might realize and dissaprove it..). I found that the Kol Yaakov mentions here that this was the Minhag of the scribes of his city, Baghdad.

At first I was thinking I would do the same, but I recently realized it wouldn't make sense to do that in my case. Here's why:

Although I'm not really Chassidic, my father's name is Yekutiel Yehuda - the name of the Divrei Yatziv of Zanz - after my grandfather's father and my grandmother was born in Cluj/Klausenburg, the town where the Divrei Yatziv lived. The Tefillin I wear each and every day was written by a far away relative who lives in Netanya and is a Zanz Chassid. And on top of that, I married into a family of Zanz sympathizers, having a Sheva Brachot in Netanya hosted by the current Rebbe of Zanz. So I eventually realized that I cannot turn my back to all that; if I was ever meant to write a Sefer Torah, it was surely meant to be in same way the Chassidim of Zanz do, Ktav Beit Yosef - it's just seems to be destiny!
Posted by YK at 5:51 PM 9 comments:

My Progress #7: 2nd Mezuza is reviewed by expert sofer..

... and it's 100% kosher! The sofer who checks my works is VERY attentive and is known for seeing what no one else sees. For many he is just always making up problems but that's specifically why I like him: he really does his job well, regardless if you will like it or not.

Here are two issues he raised about my 2nd Mezuza:

This is a Megilla from Jewish Theological Seminary's Rare Book Room. The "hang-man" illustration of the ten sons of Haman is really unique!
Posted by YK at 9:51 PM No comments: