My progress: Parshat Bereishit is done!

Today is BH a special day for me as I finished the first Parsha of my Sefer Torah - parshat Bereishit. I never thought I would actually start my own Torah but this is happening! It's important to celebrate this milestone.

It took me a long time to write it, something like six months, as I have prioritized Daf Yomi but the most important thing is that the project is moving. Moving slow, but moving.

I will post pictures of all the amudim soon. I BH had very few mistakes and typos - I guess that's one advantage of writing slow. In terms of the quality of my ktav, I'm still not 100% happy with the beauty of the letters, and I'm having difficulty perfecting my Tzadi.

Also, I twice mispelled the word ויולד, omitting the second Vav. For some reason in my head, unconsciously, the right way to spell it is וילד, which sounds more like the right verb. But I'm wrong and I had to pay special attention at it since this word is recurring in the end of the Parsha.

In this rithym it will take me a few years, perhaps six, to complete my Torah Scroll but as you see in the picture I'm young and patient. We will get there iiH.

Christie's sells a Chumash from 1400's for record price

The Chumash was sold for almost 4 million dollars, above the 2 million estimate. It is just like a Torah Scroll, but with vowelization, cantillation marks and Unkulus commentary on the side. Below you can read all the information: 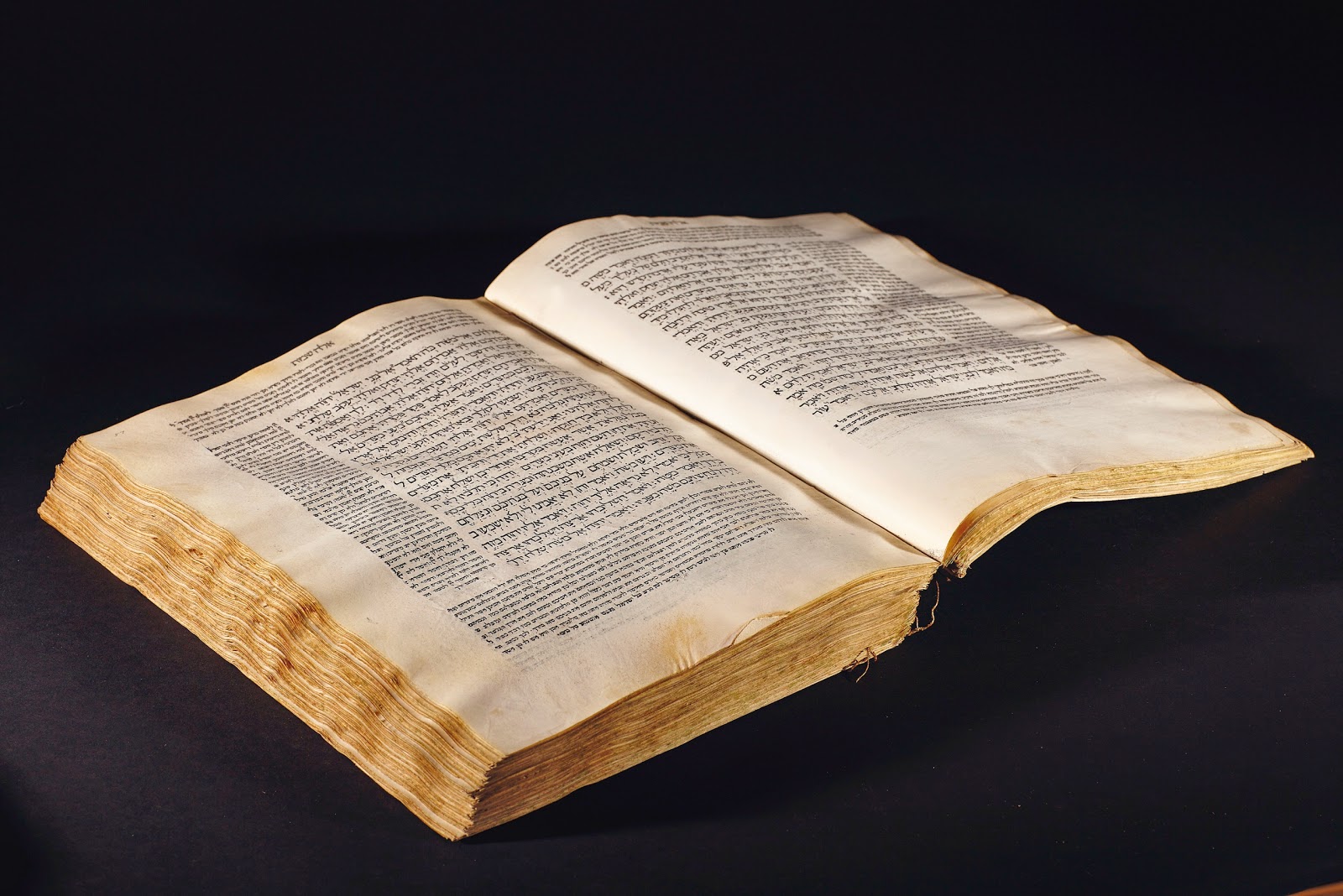 Paris – The Department of Books and Manuscripts is pleased to announce the auction of an
exceptional printed Torah (or Pentateuch: the first five books of the Bible) at their sale on 30
April 2014.

A major turning point in the history of printing in general and of Hebrew books in particular,
this rare incunable, whose value is estimated at €1,000,000-1,500,000, will undoubtedly be the
highlight of the sale. Printed in Hebrew in Bologna in January 1482, the volume represents the
very first appearance in print of all five books of the Pentateuch as well as the first to which
vocalisation and cantillation marks have been added. It is equally the first time that the printed
Biblical text is accompanied by Rashi’s commentary and the paraphrase in Aramaic (Targum
Onkelos). The significance of this edition is demonstrated by the fact that this format is still in use
today when printing the Torah.

Essential to reading and chanting the text of the Torah, the addition of vocalisation and
cantillation marks represented a considerable challenge for 15th
century printers. Abraham ben
Hayyim of Pesaro was the first to overcome this technical difficulty during the printing of the
present Pentateuch. Having overcome this first hurdle, he also had the talent and intelligence to
frame the Biblical text with Rashi’s commentaries in order to facilitate the parallel study of the
text. The majority of the copies were printed on vellum in accordance with the precepts of the
Law.

The back of the present copy bears the signature of three 16th
and 17th century censors, testifying to its presence in an Italian library until at least the mid 17th
century: Luigi da Bologna in 1599, Camillo Jaghel in 1613 and Renato da Modena in 1626. The censors had the task of examining and checking all books, both manuscript and printed, in order to authorise or ban ownership and distribution of the work: the text of the Rashi commentary here bears the marks of their work, having been erased or crossed out in a number of places.

Over the last hundred years only two copies of this rare edition have come to auction: the first in
1970, printed on vellum and complete, the second in 1998, printed on paper and missing eight
pages. The Pentateuch to be presented next April is printed on vellum, complete (apart from the
rear free end paper) and in exceptionally fresh condition.

Two years after the sensational price realised at Christie’s Paris for a manuscript Mahzor in May
2012, which set a world record for an illuminated Hebrew manuscript, this is now the second
occasion on which the Department of Books and Manuscripts has presented a Hebrew book of
outstanding significance, considered by many to stand alongside the Gutenberg Bible as one of
the monuments of the history of printing. 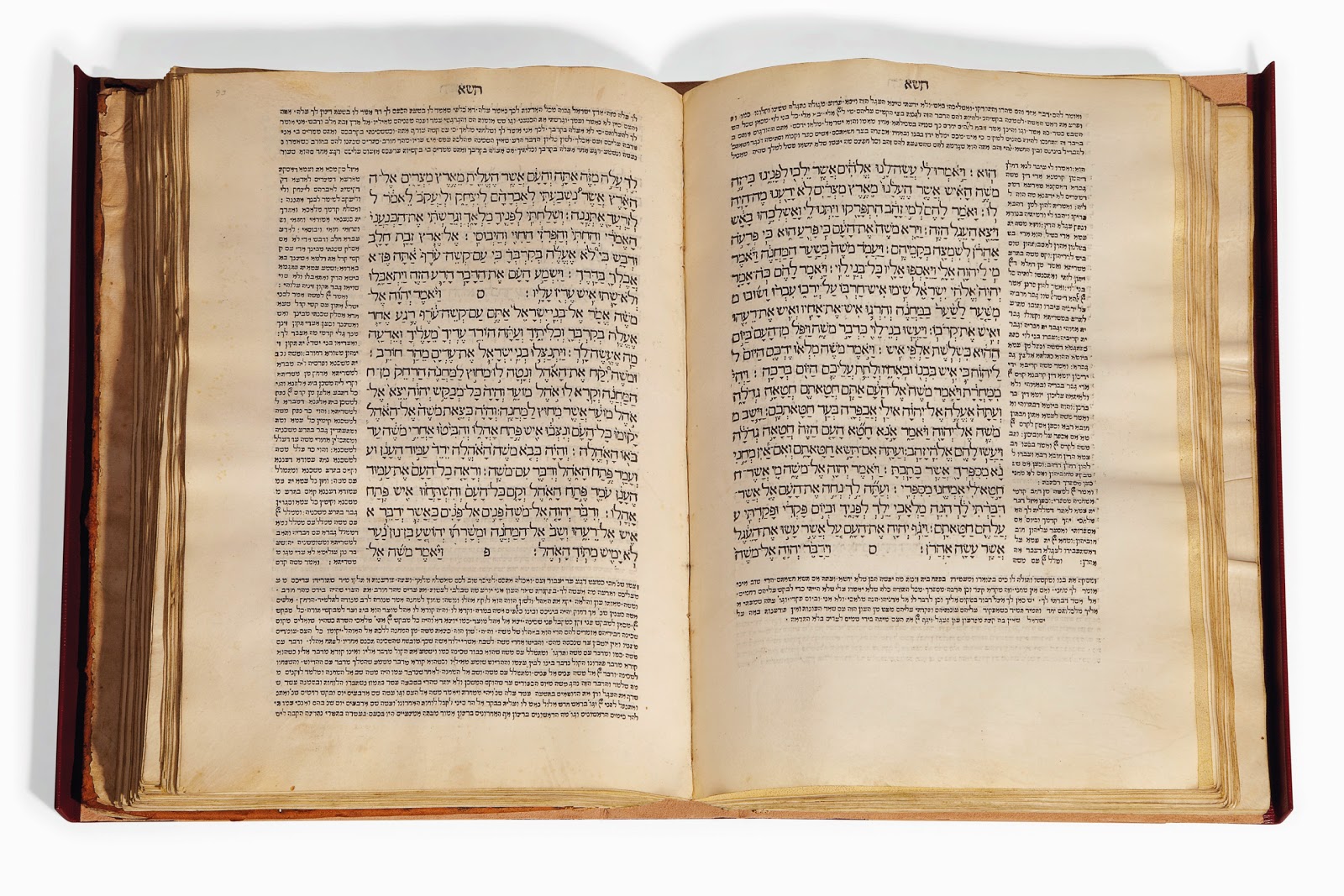