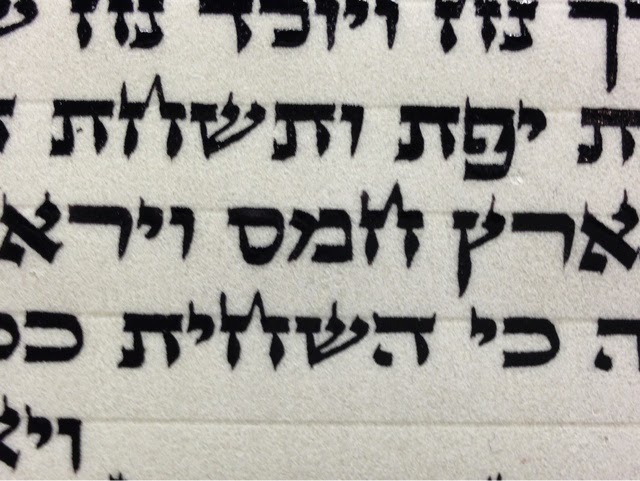 As Israel gets more and more entangled in what looks like a full blown war with Hamas, I got to the pasuk which mentions the very name of this terrorist group, when describing the world in the times of Noah.

וַתִּשָּׁחֵת הָאָרֶץ לִפְנֵי הָאֱלהִים וַתִּמָּלֵא הָאָרֶץ חָמָס
"The world was filled with 'Hamas'" Genesis
What’s the translation of the scriptural word “Hamas”? Although I’ve studied the Torah many times, I realized that I didn’t really know the exact translation of this word. I knew it meant something bad, since this was the reason why G-d got angry at mankind and brought the great flood in the times of Noach.
The Artscroll Chumash translates “the earth became filled with robbery”, which is the understanding of Rashi, the main medieval commentary of the Torah.
Interestingly, the other classic commentator of the Torah - Unkulos -goes in another direction and translates Chamas to mean  חטופין, kidnappers, meaning that the world was full of kidnappers.
Some commentators relate this to the Bnei Elohim mentioned in the end of Parshat Bereishit, which kidnapped and married woman. But it's clear that Unkulos understands Hamas to mean not monetary robbery but kidnapping, which is a violent act. In fact, many other translations of the Torah mention that "the earth was filled with violence", possibly following the Unkulos' understanding.
Now the Targum Yerushalmi, which is occasionally different than the Unkelos, seems to merge the explanations of Rashi and Onkelos.

In other words, the Targum Yerushalmi understands that Hamas is an umbrella term that includes kidnapping and robbery.
The Or Hachaim goes one step further, perhaps troubled by the fact that the Yerushlami derives two translations for one word. How is that possible? Hamas should either be kidnapping or robbery - how can this word refer to both?
The Or Hachaim says that Hamas is the umbrella term for evil, in all its different manifestations:

It includes robbery, sexual misconduct, killing, idol worshipping and more. So according to this, Rashi, Unkulos and Targum Yerushlami actually all agree with what Hamas means. They simply struggle to choose one aspect that best represents evil.
It's interesting to note that like in the times of Noach, when the earth got overrun by Hamas, today we seem to be living a very similar situation. The world today is full of Hamas ideology, be it Hamas itself or other violent ideologies like Al Qaeda, Isis and their kin.
In the present war between Hamas and Israel, a very large portion of the world is siding with Hamas, be it by explicitly endorsing them or simply by failing to condone their violent ideology. In this sense, the world seems to be full of violent people or people who endorse violence.
And this present day violent ideology, like in the times of Noach, is multi faceted: it's based on murder, robbery, dishonesty, sexual harassment and kidnappings.
Noach could only save his family by barricating himself in his ark. He publicly built his ark for many years so everyone could see and perhaps change their ways. Eventually only Noach's family got in the ark and got saved.
How can we react to the modern day world which seems to be more and more full of Hamas and the people who support them? We have to build our ark, which is Israel. That's the only place where we can defend ourselves without relying in others. And like Noach was the last stand against evil, Israel today is the world's last stand against this evil, violent ideology of death that is taking over the world.
PS: it's interesting to note that according to some, the flood in times of Noah never reached Israel - the holy land enjoys special protection. And many commentators say that this is why the olive branch brought to Noah came from Israel - Israel was the only place that survived. See below: