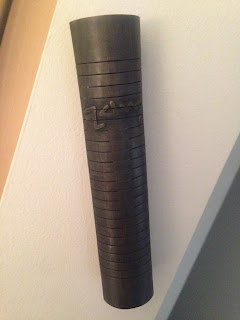 This is an interesting Mezuza case - instead of the usual Shin Daled Yud (or in many cases, just the Shin), it has the equivalent letters in Ktav Ivri, also known as Paleo Hebrew.

Ideally, the Mezuza case should be see through so the shem Shakai can be seen to all, however today most cases are not see-through. See more about the source of this custom here.

But I found this to be interesting because it reminded me of the connection between Mezuza and Ktav Ivri, which I worte about it when explaining the Mark of Cain (see here). In brief, the Mezuza of Mitzraim, which protected the Jews from the plagues, was actually one letter from the Ktav Ivri - the X (which is the Tav in today hebrew alphabet, a letter that means Tichie - you shall live. See alphabet below). The Jews painted this letter with blood of the Pesach sacrifice in their doorposts. 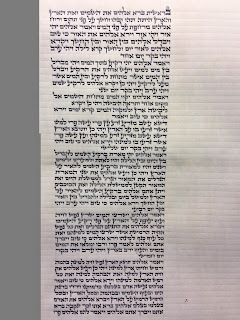 I will be posting each column here, and I'm happy to hear feedback. In the third day, it's missing a few words, which I will complete soon. Also some blurbs of ink here and there, but all in all I'm happy I got to this first milestone.
Although in the picture it looks like everything it's slanted that's an illusion - if you zoom you can see the sirtut.
I had difficulty in the beginning but now my writing is going smooth, specially in the second half of the column. I perfected my Aleph in that section, which now is more straight (I want to avoid "wavy" Alephs; I prefer straight lines).
Shabbat Shalom
Posted by YK at 12:04 PM No comments:

A childhood friend of mine started this interesting Judaica website featuring Hebrew calligraphy works by his late grandfather. They have good prices and free shipping; here are two of my favorites. 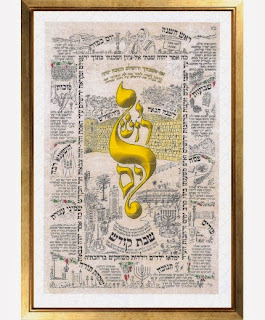 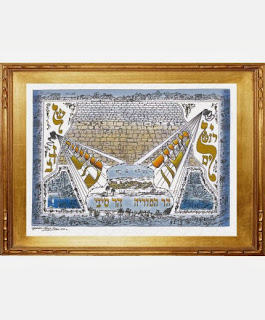 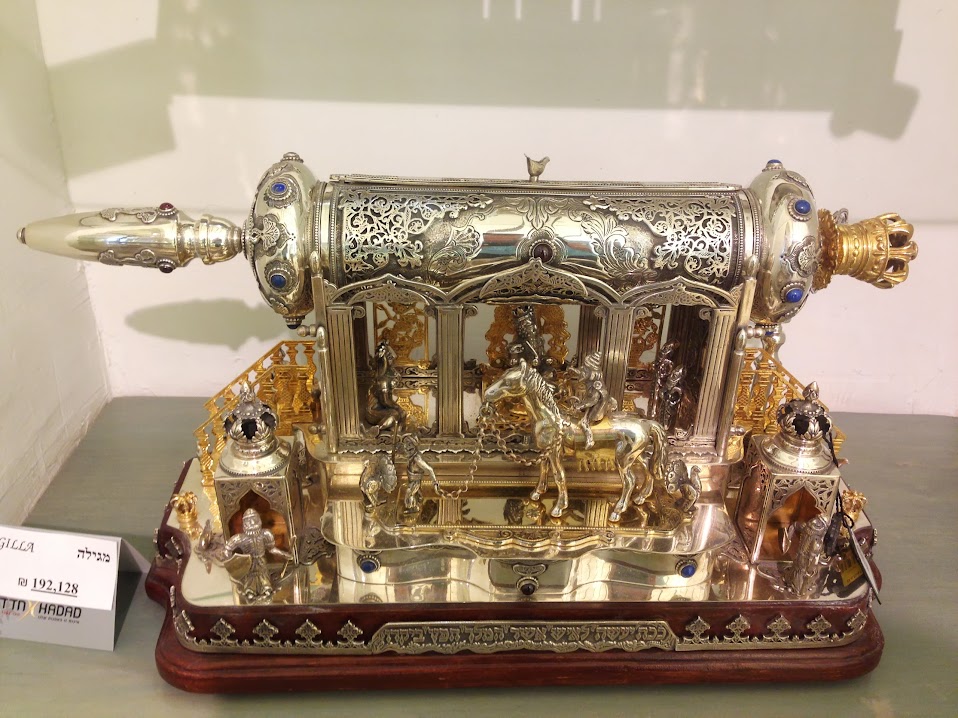 I saw this magnificent Megilla case in the Mamila shop of Haddad Brothers, in Jerusalem. I have seen many cases, but this one is my all time favorite - the craftsmanship stands out, with many details and of course, a whopping high price of 192,000 shekels/55,000usd. It's unfortunate that my 11-lined Megillah is too fat to fit there!
Posted by YK at 11:32 PM No comments:

I didn't write much yet, but I decided to post anyways.

I'm a little rusty as I haven't done any Safrut in the past year, and contrary to my tutor's advice, I started from the very beginning. He argued that it would take me a bit of time to get used to writing a Torah and because of that I should leave the beginning for when I'm in top form, as people usually look at the beginning of a scroll more carefully and this would hide my learning curve.

But to me, this is like a journey. And the beginning will be difficult and far from perfect but if you think about it, everything in life is like that. So it felt right to start from Bereishis. 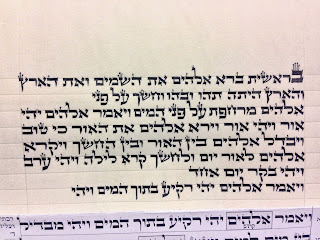 I had difficulty writing the large initial Bet in the right proportions. Ideally, it should be not only taller but also lower than the other letters. When I realized it wasn't low enough, it was too late, so I left it like that. Also, I was careful to make the four taggim in the large Bet (see here my post on this), a Minhag recorded in the Masechet Sofrim that is often times neglected. The Masechet Sofrim can be found as an appendium to the Talmud and it's one of the earliest compediums dealing exclusively with Safrut. I rarely see Sofrim doing these four Taggim but I've heard that Davidovici, the most revered Sofer of our time, does it too. I don't really know the reason behind these four Taggim, I would welcome suggestions

You can see that my writing is very thick (7mm), something I do in purpose. I think it's nicer and more ornate but it does causes me to think more about how to fit the lameds and long chafs without touching other lines. You can see I left a space in the second line - I wrote the Lamed of Elokim below it too tall. That's a problem.

I also have to fix the minor "blurps" in the works Le'or and Rokia.

Also my kulmus wasn't great, so it took me a long time to write this little segment. All in all, I at the same time a little dissapointed with the sluggish start but in the other hand happy with the overall look, which is at least nice and uniform.

I welcome any comments, positive or negative.
Posted by YK at 12:18 AM 2 comments: